As children of the 80’s and tweens of the early 90’s my wife and I were very excited to watch Fuller House – the Netflix reboot of the now-classic series, Full House.  In Fuller House all the original characters are back (minus the Olsen twins) and for the most part looking really good, albeit 30 years older than when the series began. 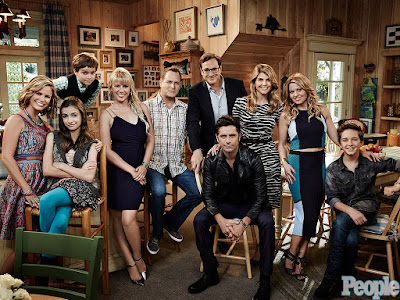 We figured it would be pretty cheesy (as the original show was) and so far it has definitely lived up to our expectations.  (We are three episodes in as I write this.)  But cheesiness has never really bothered us that much.  We’ve always been the type that would rather watch a cheesy Hallmark movie that’s wholesome, than a filthy movie with a more sophisticated plot.  We were disappointed, then, when we realized Fuller House was not going to be as squeaky clean as its predecessor.  The first three episodes contain mild profanities, suggestive dancing, lots of drinking, a reference to DJ and Kimmy as “lovely lesbians” (which they are not) and an infatuation with Stephanie’s chest.  I suppose we should not have been surprised, considering the overall denigration of television over the last 30 years.  And I’m not saying the show is horrible.  I’m sure it’s relatively clean compared to most of the stuff on television today.  But from the perspective of Christian parents who monitor what their kids watch, it’s still disappointing.  And that’s the really unfortunate thing.  This is a show we were looking forward to watching with our young children without worry.  They have seen the re-runs of the original show, and this was going to be a way to share a bit of our childhood with them.  But now we have to grimace at an occasional word or scene and, to be honest, probably won’t let our kids watch episode three at all.  (I am told the rest of the series gets better, and I hope that is true.)  Again, I’m not saying the show is all bad.  It definitely made us smile a lot, and even laugh a few times.  (We enjoyed Kimmy Gibler, in particular.)  There are nostalgic moments where they link into scenes from the old show that are very cool as well.  It just seems so unnecessary to mix in these seedier elements.  Why mess with a good thing?  As Joey would say, “Cut. It. Out.”  I’m pretty sure my wife and I will watch the rest of the series, but how much we allow our kids to watch remains to be seen.  And for a show that celebrates family, that’s the most regrettable part of all. 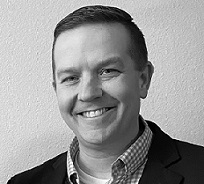